Male Infertility increased day by day in which out of 100,50 percent of patients can get pregnancy by their own sperm.

2 variety can be seen in the population :

Maximum result and confidence can be explained to those who are having obstruction.which means there will be a obstruction from testis to ejaculation in the travelling component.

So Doctor can obtain sperm by small needle aspiration. In difficult condition we can do Micro Tessa to retrieve best sperm.The most difficult scenario is problem in production. Our strong belief is to give minimum two month medical management on the basis of testosterone and estrogen.

25-30 percent can retrieve healthy sperm by a technique MicroTessa if required.we offer only Day 5 transfer and PGS & ERA in a recurrent failure and previous two abortion cases. 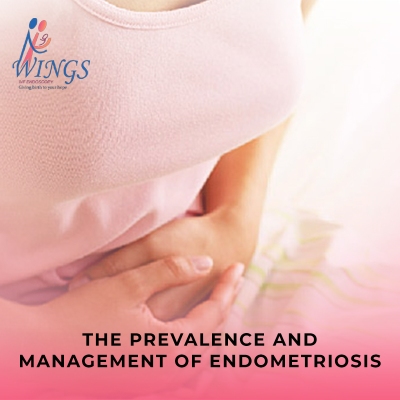 It is important to choose the right IVF centre for good results. However, there are few parameters which are considered as must before starting the IVF process. Following questions should be answered: 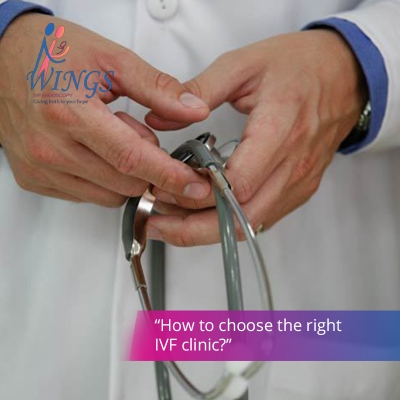 By selecting the right IVF clinic at the right time, couples can avoid further misery with respect to physical, emotional and financial burden.

As we know, to form an embryo naturally, it requires one egg and one sperm and normal efficient environment in the body.

Efficiency of sperm DNA, is a very important parameter for successful pregnancy. Genetically some inefficiency from birth in testes will produce defective less efficient sperm having less efficiency to create embryo.Lifestyle disorder which include unhealthy atmosphere, excessive stress, unhealthy food habits like tobacco and alcohol, smoking, pollution,pesticides and radiation directly affect fertility levels. Because of permanent damage from the above levels, unexplained infertility is seeing a steep increase.With the female part, Age is a major factor. After 30 years of age, their DNA become weaker year on year. Uterus and tubes, if damaged by infection than again it leads to fertility issues .

So to know your fertility power specially in female when age is less than 32 years, they need to check AMH levels through a blood test and try to plan pregnancy.

For Male semen analysis, DNA fragmentation test of semen and more than five years of active marriage life are the deciding factor for fertility power.

I m sharing my personal experience today that to make sure that certain wrong things are not implemented in IVF treatments.

Limit number of IUI to not more than 3 attempts.When patient is having 0 count in semen analysis, they should not accept sperm donation straight forward without biopsy. 50 percent men can retrieve sperm. Micro Tesa and Micro Pesa is the latest advancement in technology.

Transferring embryos repeatedly will not improve pregnancy rate. Repeated trials is not the way forward. Money binding scheme are non scientific and will promote more of unnecessary egg donation.

Don’t accept egg donation before 40 to 45 years of age. Centres like WINGS have good experience to deliver better pregnancy rates at advance maternal age with own eggs.

Above discussion concludes that more than 80 percent pregnancy can be delivered without using third party donation if you utilise a strategy where trial is not the way forward.

According to the the literature, main reason is lifestyle which includes late work, more hour work in a day & Target which Male infertility increasing drastically as compare to female in today’s era.

All of the above factors affect the production  and therefore ejaculated semen sample will have less count & motility(morphology). This disturbs or indirectly damage the DNA in the sperm nucleus called fragmentation of DNA which can be identified by DNA Fragmentation index test.

Technique called MACS, basically separates old aged sperms called apoptic sperm to an adherent column of MACS and you will get young and least DNA fragmented.

At present Double density gradient method and IMSI is a way forward in IVF. MACS is still debatable.

Director-choreographer Farah Khan, who had triplets at 43 with film-maker Shirish Kunder through IVF, has encouraged couples who can’t conceive to go for the specialized treatment.

Director-choreographer Farah Khan has encouraged couples who can’t conceive to go for specialized treatment, and says she herself underwent the IVF procedure which proved to be a blessing for her.

Farah, who is married to film-maker Shirish Kunder, said they had failed attempts of trying to have a baby naturally for two years, before they went for IVF treatment. Now they are parents to triplets – one son and two daughters.

“IVF is a blessing and I am really thankful as it has changed my life. A lot of factors today make it difficult for some couples to conceive, but we have solutions in the form of treatments. And I strongly believe in IVF, it helped me conceive my angels.

“Being persistent, positive and patient towards the procedure paid off. And if IVF can change my life, it could change yours too,” Farah, who became a mother at the age of 43, said in a statement.

The 52-year-old in association with Merck, pioneers in treatment of infertility, recently released a video for the cause. It features a personal account of Farah’s journey to parenthood.

She shares a vivid recollection of her fears, challenges, doubts and ultimately her story of hope, belief and positivity towards IVF that led her to become a mother.

Merck released this video as part of their ‘Parents of Fertility’ awareness initiative that helps and supports couples in India through this journey of parenthood.

Speaking about the campaign, Anand Nambiar, managing director, Merck India, said: “We are happy to share that our awareness efforts now have a new face and voice with actor, director and choreographer Farah Khan, coming on board as a Cause Ambassador for our ‘Parents of Fertility’ digital awareness initiative.”

“Merck has taken many small steps over the years to spread awareness on infertility as we understand that seeking treatment is emotionally and physically challenging. With this video we expect to reach out to millions of couples seeking help with the message that infertility can be dealt with and one should not lose hope and seek help of specialists to fulfil their dream.”

Dr Jayesh Amin is group clinical director for wings IVF Hospitals which are in Ahmedabad, Rajkot, Surat and Udaipur. After completing his MD(Gynec from M.P.Shah medical college in Jamnagar),he started his IVF career in 2005.wings hospital headed by Dr. Amin is trend setter in IVF industry for globally accepted protocols like day 5 for all and freeze all.IT has also been the adopter for that latest technology in the field of IVF which directly impact the patient outcomes like matcher witnessing system and Embryo scope.

The hospital has an excellent team of doctors from which Dr. Jayesh has been awarded the prestigious infertility treatments by the Honorable Health Minister.For following the best IVF practices, Wings Group has been awarded best quality award by European Medical Council.At present Dr. Jayesh Amin holds the post of secretary of Indian Fertility Society Gujarat chapter and National conveyor of fertility preservation SIG.

• As at WINGS, we promote own egg pregnancy in any difficult situation through latest trends in infertility. As mentioned earlier, embryo freezing in advance maternal age (>35y) is the answer. We have to decide clinically whether we do it with or without PGT which is another current advancement option to increase the results.

• Currently, egg freezing has also passed the experimental stage. Egg freezing is a good option specially in women detected with any cancer and also for young unmarried women with endometriosis and women who want to plan pregnancy at advance age.

• Ovarian Tissue cryo preservation will be also possible in the near future.

• We offer a Kid’s embryo scoring software that helps in better embryo selection and thereby will promote more of single embryo transfer in young patients without the use of high end techniques.